Accueil > A second painting of Gustave Caillebotte for the MAHB

A second painting of Gustave Caillebotte for the MAHB

A new masterpiece of Caillebotte into our museum's collections

French Minister of Culture announced the entry into the Musée d’Orsay’s collections of a major work by Gustave Caillebotte (1848-1894), Paysage in Argenteuil (1889). The painting will be visible from Tuesday, October 15 for several weeks at the Musée d’Orsay. It will then be deposited in the Museum of Art and History Baron Gérard in Bayeux, as desired by its owner Mr. François Chaplain, resident of Bayeux died in November 2016.

The two paintings Portraits à la campagne and Paysage à Argenteuil, have indeed a common origin. They were offered by Gustave Caillebotte himself to his cousin Zoé (grandmother of Mr. Chaplain) the artist being one of the witnesses to his marriage with Mr. Fermal in 1887 at Bayeux Town Hall. Since then they have not left the town only on the occasion of temporary exhibitions. Paysage à Argenteuil will integrate the MAHB’s collections early next year and will be presented to the public from February 1st, 2020 on the occasionn of the reopening of the MAHB, after the annual closure in January.

Survey of the school world related to the... 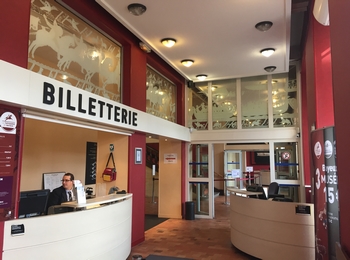 Annual closure : The three museums of Bayeux will be in winter break from 1st to 31st January 2022 inclusive. 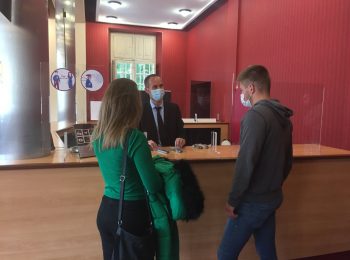 Health pass required in the museums 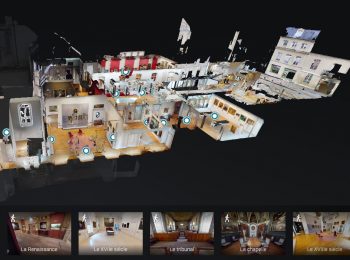 Virtual tour of the Art and History Museum of Bayeux

Visit the MAHB virtually and explore online its art and history collections!