Exhibition - A Year in Normandie

When British artist David Hockney arrived in Normandy in 2019, he became fascinated by the unfolding scenes of the Bayeux Tapestry, and resolved to draw from this inspiration in order to create a large scale narrative, depicting the cycle of seasons. As the world stood still during the successive lockdowns, Hockney depicted in the manner of the Impressionists the effects of light in the Norman skies and the arrival of spring around him. Confined in his typical half-timbered house of the Pays d’Auge, he captured the blossoming of nature and painted its variations with bright and colourful hues using the digital brushes of his IPad – a technology he has been using for the past twelve decade.

An exhibition of David Hockney’s famous work “A Year in Normandie” will begin at the Bayeux Tapestry Museum this autumn. The original work, recently presented in the main gallery of the Musée de l’Orangerie in Paris, takes the form of a 90 meter long frieze celebrating the arrival of spring in the Normandy countryside. Painted on an IPad, it was greatly inspired by the thousand-year-old narrative embroidery. From September, the Bayeux exhibition will bring Hockney’s frieze and its muse together in an unprecedented face-à-face, in the form of half scale reproductions of the monumental works shown on the second floor of the museum.

This dialogue between the famous embroidery (11th century) and David Hockney’s imposing frieze will allow visitors to immerse themselves in the two narratives simultaneously. Visitors will thus be able to observe and compare the stylised representations of trees in the Tapestry with the fruit trees in the artist’s orchard. “If you look closely, the two masterpieces, with admittedly very different artistic techniques, immortalise a specific moment in time. Both freeze-frame a conquest: that of a Norman Duke in England in the 11th century for one, and that of nature in Normandy and its constant renewal regardless of human turmoil for the other,” explains Antoine Verney, curator of the Museums of Bayeux. 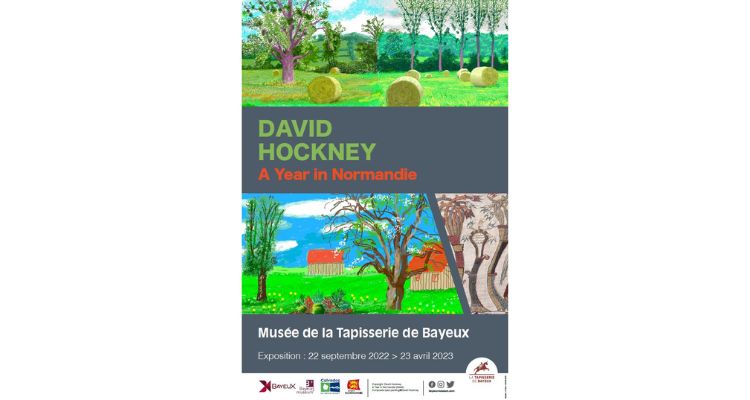 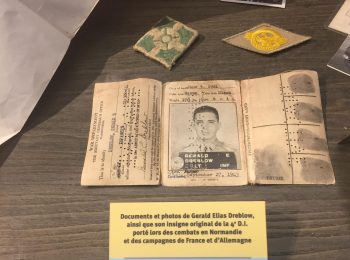 New objects at the Museum of the Battle of Normandy 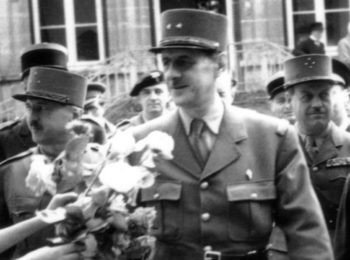 75th anniversary of D-Day and the Battle of Normandy

Exhibition : "Charles De Gaulle, his war route from 1940 to 1944" presented at the Museum of the Battle of Normandy from 18th May to 22th September